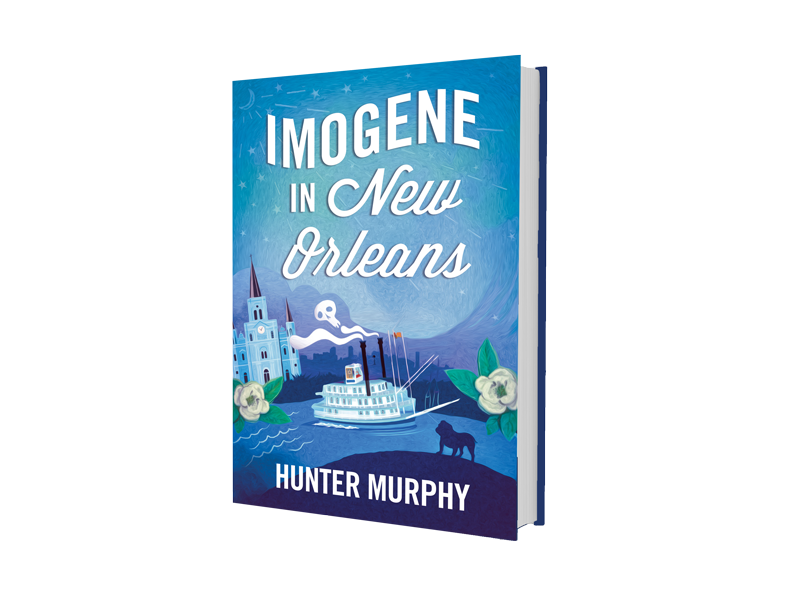 Come and meet Alabama author Hunter Murphy! He will be discussing his debut novel, a mystery titled Imogene in New Orleans. This will be the first in a series featuring Imogene, the boys, and Goose the English Bulldog.
About the book Imogene Deal McGregor has lived nearly three-quarters of a century in Alabama. She has a penchant for following her own instincts, as well as more grit and spunk than her hypochondriac son, Billy McGregor, and Billy's impulsive partner Jackson Miller can handle. The boys take Imogene to New Orleans with their devilishly handsome English bulldog Goose, hoping to visit friends and attend a second line parade, but moments after arriving in the French Quarter, they find their friend Glenway Gilbert murdered in his art gallery. Immediately, Imogene and the boys run into a temperamental and ethically-challenged lieutenant who appears hell-bent on neglecting the crime, compelling them to seek answers themselves. As they delve into Glenway Gilbert's murder, Imogene and the boys realize the deceased artist was surrounded by suspicious friends and lovers. With Goose the bulldog by their side, Jackson and Billy seek answers among old friends and new enemies, while Imogene follows her own ideas on the case. But the sooner they solve the murder, the sooner they can get back to catching beads and eating pralines.

You must log in to register for this event.
Oops! - There was a problem in authenticating your card: